The Google Play Store regularly hosts sale on a ton of paid apps. Many of these paid Android apps even go free for up to as long as 7 days while some sales only last a day or two. These sales also include paid games and this Thanksgiving there are plenty of good paid games for free on the Play Store. Most apps and games that do go free aren’t exactly top quality apps. Most of the paid games you can get for free this week are also not exactly Grand Theft Auto quality. But we’ve picked some of the better, paid games on the Play Store that you can get for free this week. 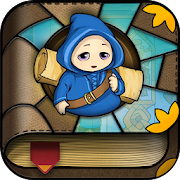 Message Quest makes a very unique artistic choice where the entire 2D world is stained glass art. At its core, the game is a point and click adventure about laziness and its heralds. You play the role of a lazy herald called Feste, or rather his conscience. Feste is a herald, the guy who tells the hero of a story that he is the chosen one, and thus, leads him into an adventure. That’s how every classic RPG or fantasy story starts. But Feste is lazy and he doesn’t want to do his job. Your job as his conscience is to make him work. This is a very fresh idea for a game and the game looks new and unique as well. This paid game can be had for free until the next 7 days. 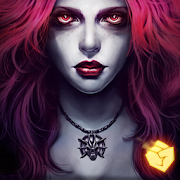 Usually, when you die in a game, you either get another chance or you restart from a checkpoint. Dark Tower is a permadeath game though. For the uninitiated, a permadeath or permanent death is a game mechanic in which player characters who lose all of their health are considered dead and cannot be used anymore. This is used in both tabletop games as well as video games, such as Dark Tower. Your goal is to reach the top of the tower and for that, you’ll be unlocking plenty of doors. You have to be smart about it because the number of keys is “brutally limited.”

While you’re doing this, you will face dangerous enemies such as goblins, skeletons, mages, vampires, and more.  When a game promises you will die a lot, and it’s a permadeath game, you can guess how much of a challenge it could prove to be. This paid game is free to add to your library for the next 3 days. 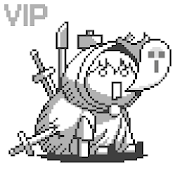 ExtremeJobs Knight’s Assistant VIP is an idle RPG where you take on the role of managing a warrior who is out on an adventure. If you’ve never played an idle RPG before, all you have to do is tap, tap, and tap. The more you do that the more points you earn which you can then spend on upgrading your warrior. The game mechanics are pretty simple, some might even say boring. This is definitely not a genre everyone will love, and so not a game everyone will love. If you’re fine with that, the game does have a story, somewhat, and some elements of humor. If you grab this paid game in the next 6 days you can get it for free. 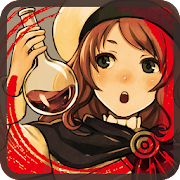 Fit Toon Series 1 is a children’s game but that doesn’t mean adults can’t have a little fun with it. All you have to do is place a color that matches the colorless character. Coloring can be done easily by simply swiping your finger on the screen. There are over 170 characters to paint and you can also track your progress. For a game that you can get free for the next 6 days, this is not a bad deal. 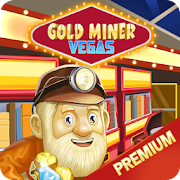 Gold Miner Vegas takes the Gold Miner Classic game, from the same developers, and adds a few extra features or elements to it. While the gameplay is more or less the same, you can now mine for some more elements other than gold. New features such as achievements, leaderboards, and rewards have been added. On top of the actual game, you now have a story that takes you to different locations such as Australia, Hawaii, and Vegas. The gold mines in these locations are, of course, different as well. If you hurry, you can get this paid gold-digging game for free. The offer lasts 7 days.

That wraps up our list of the best paid games for Android you can get for free this Thanksgiving on the Play Store.